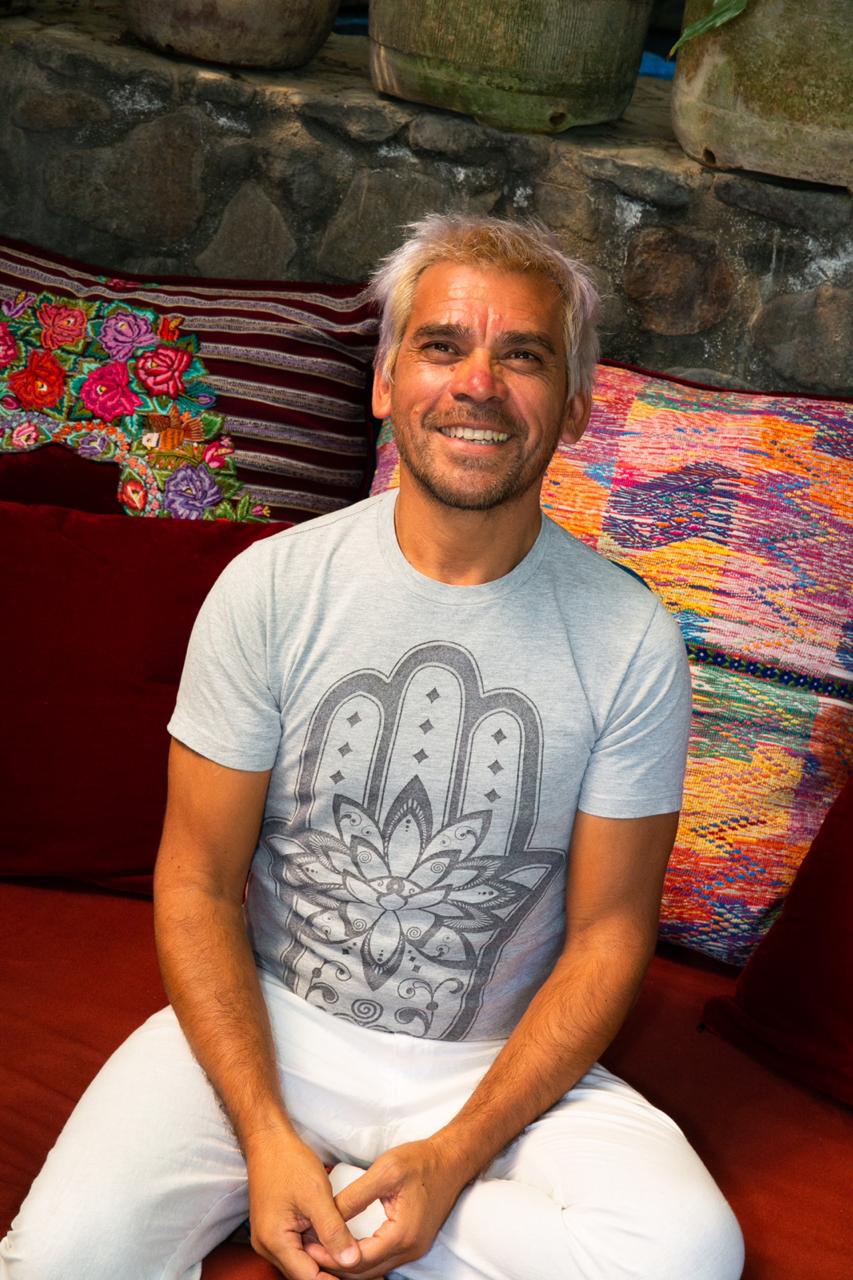 Marcelo came to the lake for first time in 2013, original from Argentina, he was fallen in love to energy of the place as soon he was arrived. He has obtained his "Reiki Usui System of Natural Healing" Level I, II Advanced and Master and Zen-Shiatsu and Reflexology  in Argentina,  in another hand he obtained her certificed about "Trantic numerology", "Massage Thai" and in Guatemala.

The therapy that Marcelo practices uses techniques like Shiatsu on the physical body (the most dense) to close with the rest ... in a more subtle way, as a healing touch of Reiki ..and reflexology in the last part.Marcelo understands that in the interaction with Universal vital energy, our bodies can go on a path of harmony between the physical, the mental, the emotional and the spiritual.

Our BEING is composed of at least four bodies; Physical, Emotional, Mental and Spiritual .. and many times, these are in tune with the universe and in other opportunities not so much.

When we have imbalances in any of them, we can understand that being related to each other ... the other bodies will also have alterations.We would fall into a mistake just believing that it is the physical body that has discomfort and that the others .. are in balance .. This is the body that often becomes the last resort to warn that we need to seek balance in our BEING .

He is working in different private villas around the lake and in some of the most remarkables hotels with charming as Isla Verde, Villa Sumaya, La Fortuna, Laguna Lodge and Iguana Pérdia all of then in Santa Cruz de la Laguna, in one of the smallest village in the Atitlan Lake.